A reader on this site recently posed a great question in a previous Blog. He said “Rum can be very expensive, can I use my cheaper branded rums to make these infusions ?”. Well, it got me thinking and I felt that the best way to respond is to let everyone else listen in to my answer so here is some advice on choosing and using ‘Good Cheap Rums for your infusions’. One of the easiest to get hold of at a consistently good price point are the ones supplied in the supermarkets so let’s look at the current UK options.

But, first, I want to tell you a bit about the world of Rums as Choosing can be bewildering as you have to navigate an array of terms, choices… and not to mention great marketing spin.

Imagine if I asked you to come with me to buy a car. You naturally ask me “what type of car are you looking for ?”, I answered in all sincerity, ” a Red one !”. Undaunted, you ask for more information, I answer again ” a Red one with 4 wheels !” By this point, you are concerned for your life and wondering if the door is locked. Well in some ways the Rum classification system is a bit like this.

Let me explain. The world of rum shares many close similarities to the car conversation above: The industry instinctively talks about “white, Golden, Dark, spiced,” “Jamaican,” “column stilled,” “English style,” and “overproof” rums amongst others. It may sound sophisticated, but the problem with these long-standing rum designations is that we lump vastly different spirits into ill-defined and often flat out meaningless categories; according to Matt Pietrek, a world authority on Rum.

Rum is loosely defined as any spirit made from sugar – either cane juice or molasses. Most rum is distilled from molasses, a by-product of sugar production, but other sugary bases include Demerara and juice squeezed directly from sugar cane as in the Agricole varieties (don’t worry about that, it’s still Rum !) Most rum is produced in the Caribbean and Latin America, but it is now made across the world – including Scotland, Thailand, USA, New Zealand, India and Mauritius, just to name a few.

The color of a rum has absolutely no bearing on its taste, how long it’s been aged, where it originates, or its alcohol content. Judging a rum by its color makes as much sense as selecting a vehicle by color alone as when any rum comes off the still, it’s naturally clear. Dark or Aged Rums ‘hue’ are created by the Barrel that it then goes into, the region is located in; but also some distillers create a ‘Gold’ category by adding Caramel colouring. Phrases like ‘super premium’ actually don’t hold weight – it’s mere marketing jargon.

All a bit confusing right ?

A final point to note is the general rule that for a liquid to be called a Rum it generally has to have two characteristics; 1) It has to be made from Sugar – cane juice or molasses, and 2) The strength of the liquid should be 37.5% (ABV) or above. If you go to your supermarkets today then you may notice that there are a lot of big changes in small print !

Rum is going through a revival with projected sales likely to outperform Gin sales for the first time this year. Previously associated with sailors and old men, this re-invention has not gone unnoticed by the Supermarkets and they have struck out to get their share of the action. Some stores have labeled their own, whilst others have commissioned brands to produce their own range for high volume low costs sales. This makes them a good option for home infusions…. with some caveats ! 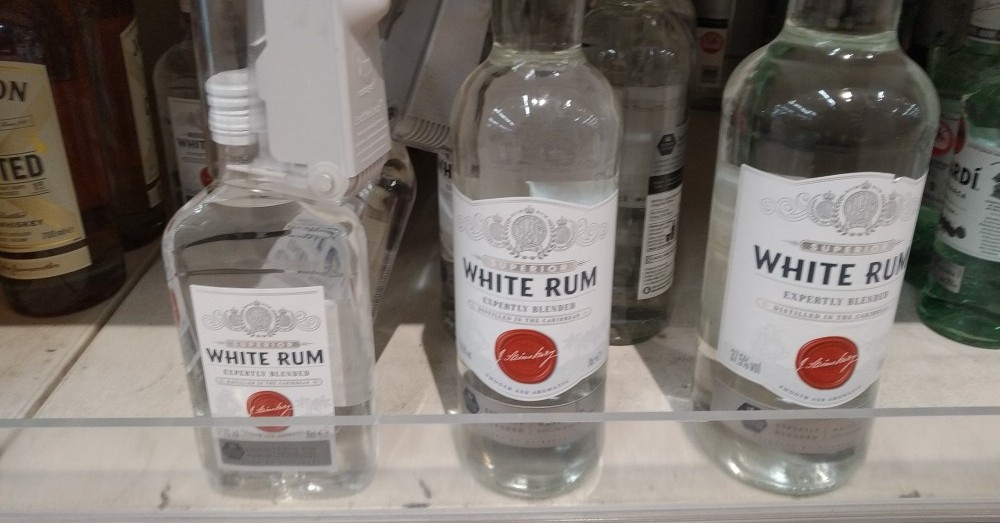 Website description: Expertly Blended. A smooth Caribbean white rum with a careful balance of vanilla and tropical notes. Serve over crushed ice with chopped lime, mint, sugar and a dash of soda water for a classic Mojito cocktail.

Infused Rum Stories verdict: : The taste of the rum is neutral and quite thin with no discernible tones of sugar or any spices such as vanilla etc. The rum is presented in a Glass bottle, aluminum cap. The range of sizes is good and makes it a good option for using to test out infusions. Importantly, this is technically a rum due to the ABV, but the company have not disclosed the blend of rums used. The Rum is defined as ‘Superior’ but no reference to what it is superior to ? It’s Caribbean Spiced is reduced to 35% ABV and hence not a Rum, and is now described as ‘Spirit Drink with Caribbean Rum and spice flavourings’. 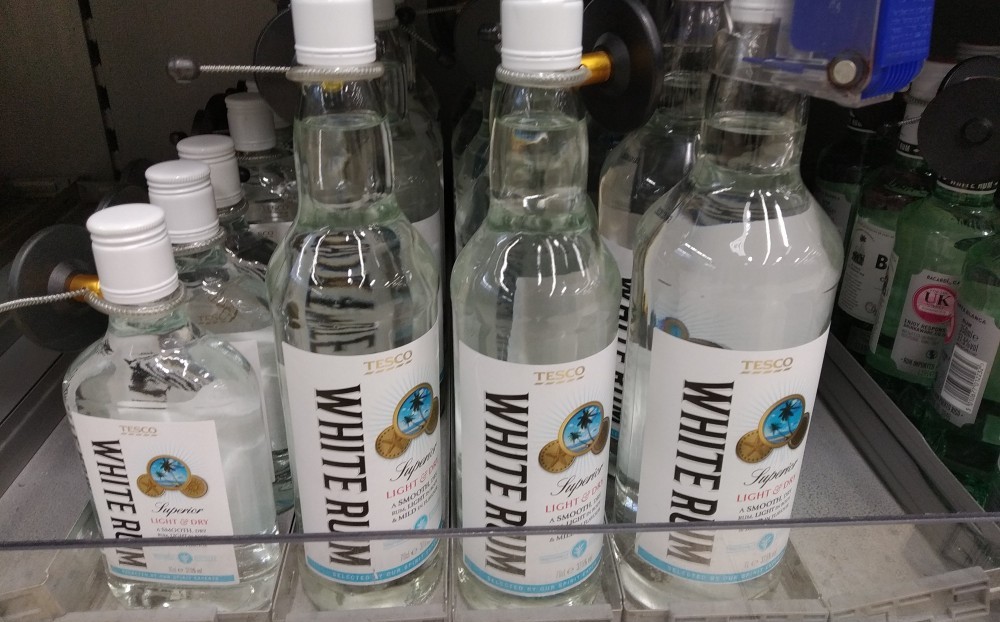 Infused Rum Stories verdict: : This rum is described as being produced in the Caribbean but with no further information. The taste like a neutral spirit such as a vodka with vanilla in. The rum is presented in a Glass bottle, aluminum cap. The range of sizes is good and makes it a good option for using to test out infusions. Again, this is technically a rum due to the ABV, but the ‘Spiced Gold’ version is now at 35% ABV and so not technically a Rum. The print now refers to this as a ‘Spirit drink made from Rum with spice flavourings’ 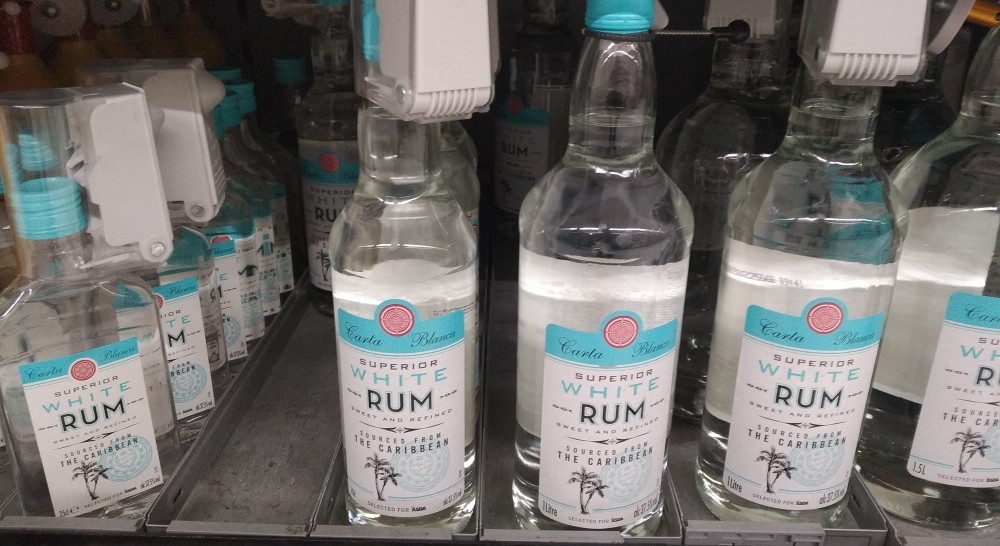 Infused Rum Stories verdict: : This rum is described as a ‘Superior white rum’ and branded as Carta Blanca and presented in a Glass bottle, aluminum cap. The size range and costs is comparable with the other supermarkets and helpful in testing new infusions. This Rum is 37.5% ABV, but the same pattern follows for their Caribbean Spiced’ which is now at 35% ABV and described as a ‘Sweetened and flavoured Spirit drink’ The taste of the white rum is the most peppery of all tasted and has more of a kick to the palate. 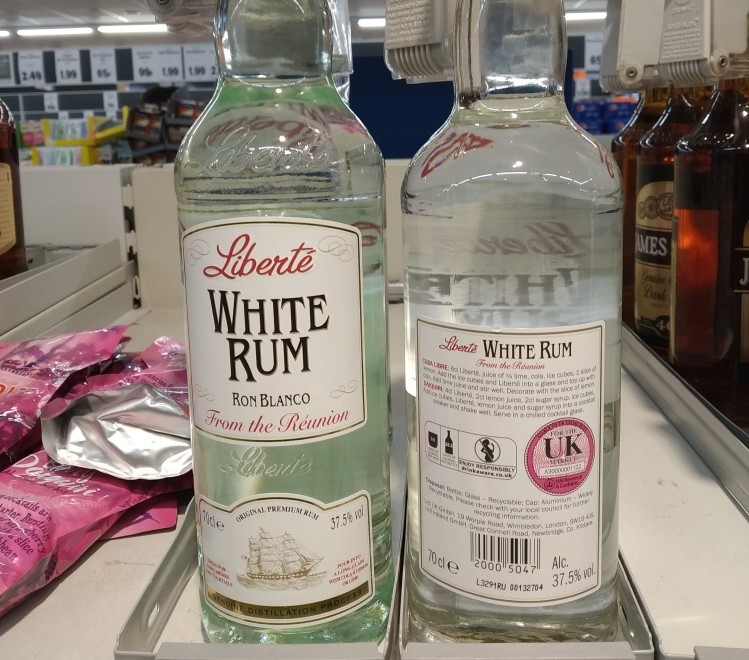 Infused Rum Stories verdict: This rum has a strong alcohol taste with plenty of vanilla extract in the flavour profile. Reminds me of the Agricole style as a very grassy flavor. Branded as Liberte and presented in a Glass bottle, aluminum cap. This Rum is 37.5% ABV. Their Dark and Spiced Rums are labeled ‘Captain Cook’ with the ‘Smooth & Spiced Original coming with a 35% ABV and described as a ‘Spiced Rum based Spirit drink’. This is the best price for Rum, but you only have one choice for bottle size.

Choosing your rum for infusions can be a laborious task as the market has grown significantly and is likely to continue for the next few years. The trend in the Rum world to be fascinated with premium sipping rums of good provenance can lead novice drinkers to feel embaressed about their choices, but I feel strongly that you should drink what you like and learn as you go along.

It is easiest to get a neutral rum at a good price in the supermarkets and the range has certainly improved of the last few years.

My recommendation for the newbie infuser is to get yourself down to Lidl and pick up a bottle along with your weekly shopping. It’ a great price, has a definitive flavour which you can pair easily with your favourite fruits or spices or herbs and will carry a nice kick with it due to the vanilla undertones.

Either way, go and enjoy and make some memories !

If you agree with my review verdict or even if you didn’t, please leave a comment below. 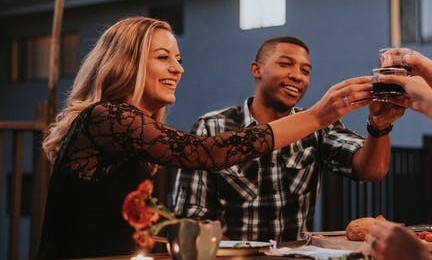